CORFU AT YOUR FINGERTIPS

At Divani Corfu Palace your every need will be met.

From lush green hills to noble mansions and from idyllic beaches to interesting museums, this island has everything it takes to please any type of traveler. 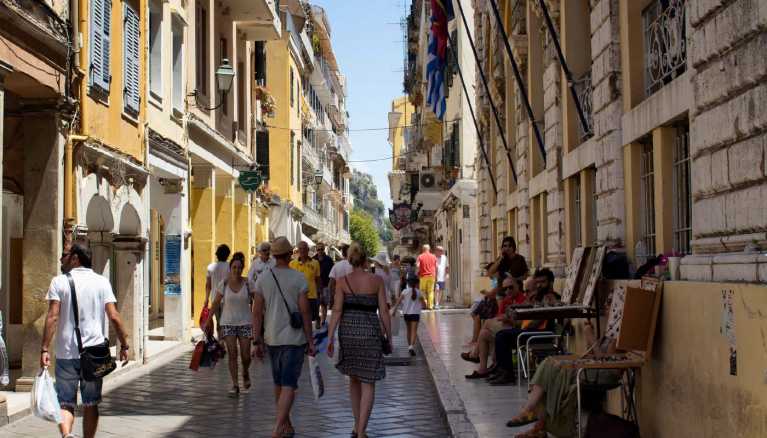 Strolling around the Old Town

Corfu town is one of the most beautiful and romantic places. Strongly influenced by the Venetians, the French and the English, Corfu town is a brilliant base for exploration. Get lost in the narrow cobblestone alleys, the so called “kandounia”, visit museums, walk down the famous Liston promenade and stroll around the huge Spianada square. Surrounded by the sea, the old town of Corfu is closed between the two ancient fortresses.

Spend hours just walking up and down along thousands of small paved streets, looking around to discover the old town secrets. Every single building and street will appear like an open museum, but the joie de vivre of the local people will remind you that the old town is also full of life and full of surprises. 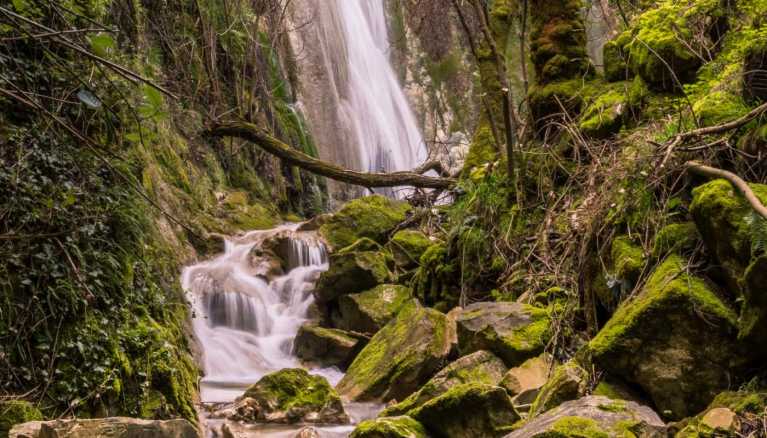 Take a dive at the waterfall of Nymphes

The waterfall of Nymphes is a mystical natural wonder you cannot miss. Legend has it that this attraction used to beckon Nymphs (beautiful Greek mythological creatures), who would huddle to this village, and bathe to its crystal clear waters.

Take a dive at its pristine waters and you will sure understand the legend behind it. 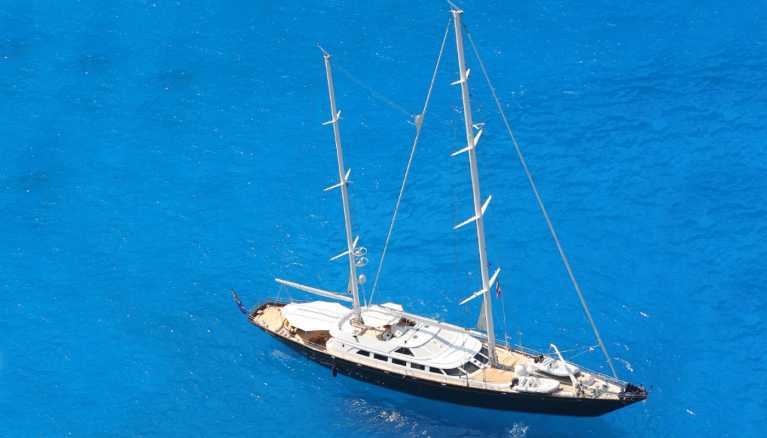 With its fair steady winds (especially during the summer season), yachting or sailing can be an amazing activity for you and your loved ones. Explore a variety of beaches, many impressive reefs, underwater caves and old shipwrecks.

There are a number of operators that offer yachting tours and adventures on the island, our concierge will be happy to organize this for you. 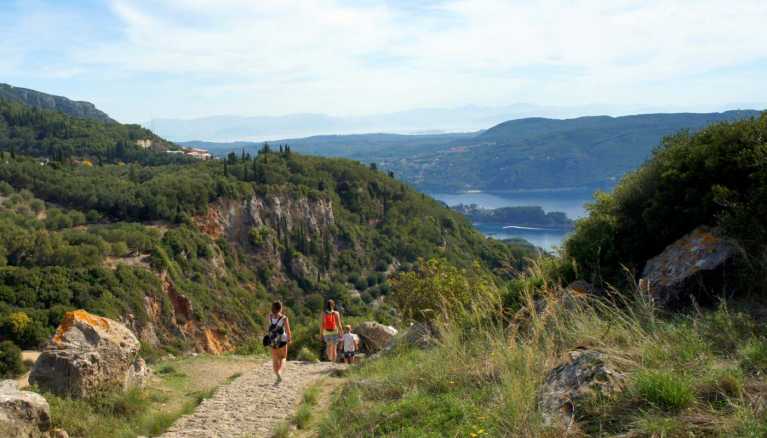 Corfu is indeed a great location for trekkers and keen walkers. Not only does it have lush and beautiful landscapes, but it also has a handful of uphill trekking trails.

The Corfu Trail, for instance, is a challenging 222-kilometer trek that covers the island’s full length. In this trekking trail, hikers will get to pass through the lush foliage of the island as well as drop by the iconic Perithia, the oldest village on the island. 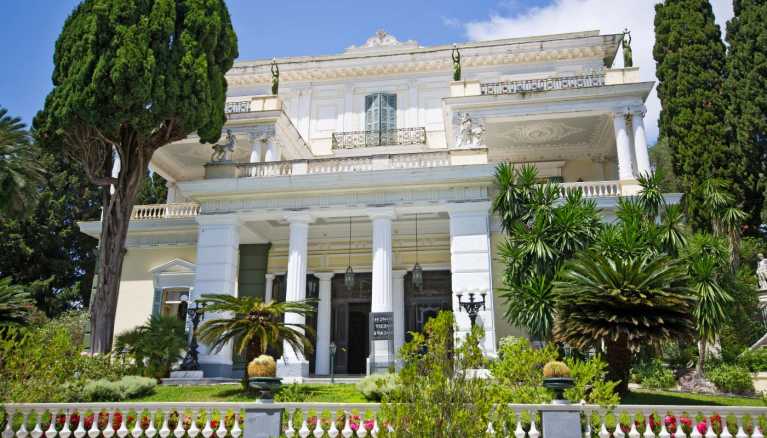 Achilleion is a palace built in Gastouri by Empress (German: Kaiserin) of Austria, Elisabeth of Bavaria, also known as Sisi, after a suggestion by Austrian Consul Alexander von Warsberg.

Elisabeth was a powerful woman obsessed with beauty, but was deeply saddened by the tragic loss of her only son, Crown Prince Rudolf of Austria during the Mayerling Incident in 1889. A year later in 1890, she had this summer palace built in the region of Gastouri ;now part of the Corfu municipality. Achilleion’s location provides a panoramic view of Corfu city to the north, and across the whole southern part of the island.

The architectural style was intended to represent an ancient palace of mythical Phaeacia. The palace was designed with the hero Achilles of Greek mythology as its central theme, and from which the name is derived. Corfu was Elizabeth’s favorite vacation place and she wanted a palace to gratify her admiration for Greece, its language and its culture. 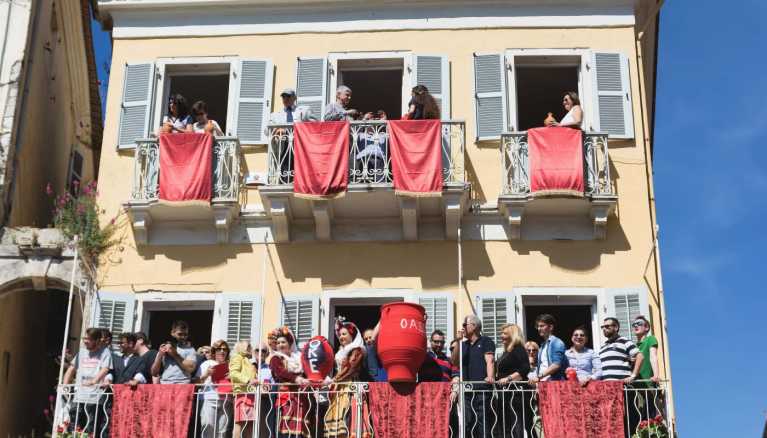 In Spianada square and Liston, the local philharmonic orchestras accompany the Epitaph playing funeral marches, the most famous of which is Amleto, and create an atmosphere of devout concentration on Holy Saturday. A few hours later, the joyous news of the resurrection replaces the grievous sounds of the philharmonic orchestras with noise, voices and countless botis (pots) thrown from the balconies.

Don’t forget to keep a piece of a broken botis as a memento and, according to tradition, in order to have good luck for the rest of the year. 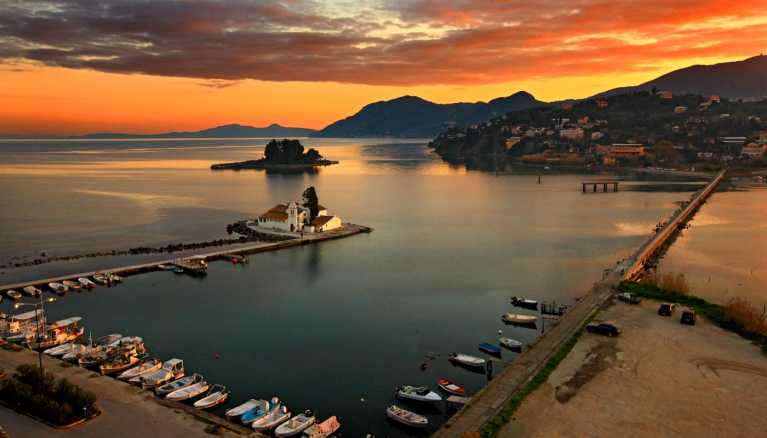 A few meters away from Divani Corfu Palace, visit Kanoni area and sit on the narrow path that crosses the sea, across from the famous Pontikonisi, and enjoy a stunning sunset.

Every ten or twenty minutes airplanes will take off right above your head, as the airport is located just minutes away. This breathtaking landscape combined with the sight of the sun slowly diving into the sea is definitely a Corfu highlight.